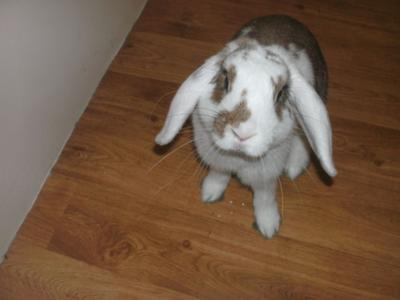 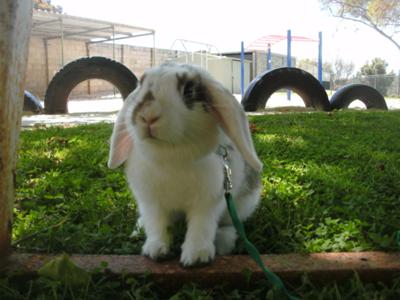 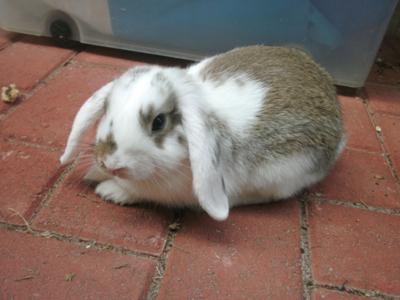 A few months ago, I got this adorable 3 month old male mini lop. He was very curious from his first day home and even gave me kisses when I gave him a cuddle! I was surprised on how well he adapted to his new life from his first hours in a completely different environment, as none of my past rabbits (that I had to give away because of moving to another country which I'm in now) was that easy to tame. He was even litter trained from the first seconds I put the litter box in his cage! He literally jumped in it and used it the moment I put it on the side of his cage and he never needed training!

It took me ages to find a name for him and until I found out that Levi actually suits him I called him "Bun-bun". It's not easy to name a rabbit that has so much character! So, little Levi learned his name really fast and started responding to it. He would even look at me when I would just talk about him... He was just amazing, showing so much intelligence in such a young age.

But some months after, he was... different. He was still happy to see me coming back from work, but when I would let him out of his cage he would spray, hump my legs and shoes and dance around my legs like wild rabbits around does. Yep, hormones had kicked in and he only got worse as time went by. He kept using his litter box in his cage, which was a good thing, but I still had to do something about it.

I got him to the vet for his regular check-up and I asked the vet if he's experienced with rabbit desexing. He said that he does it nearly every day, as more and more rabbit owners realise how important it is to them. "Important?" I asked. The vet explained to me how sexually active rabbits are. If you don't provide does to a buck, he's going to get all territorial and spray and hump everything that's in his way. Does will get frustrated if they don't have a buck around. And does also get ovarian cancer, which is common to non-desexed ones.

I booked an appointment for the next week. He was getting neutered. I could not provide him with a doe, because I could not handle babies every month or so and that would have been cruel to the poor doe too, so neutering was the best option. I was still worried about Levi under anaesthetic and having stitches after that, but I had to do that. For him and for me.

Next week came and I put him in a small transport cage with water and hay and went to the vet. I took him out and kissed him goodbye (I wasn't going to see him for 5 hours or so). I left the veterinary hospital and called them again after an hour. My boy was out, but was still "sleeping". I immediately got upset hearing this and asked them what's going on. The vet nurse told me that rabbits need to be left alone and wake up, drink and eat. When they stop falling over, they can return to their owners.
So I waited. And then they called me and told me he was ready to return home. I was overjoyed my little boy made it!

After recovering Levi, would continue spraying and mounting. After two weeks, he went back to this sweet little bunny he was. He also got cuddlier! He would always enjoy a nose rub and an ear scratch, but now he just demands them! He will come up to me, put his head on the ground and wait until he gets what he wants. Then he will flop next to me and enjoy me massaging him. He even learned to actually come to his name, because he wouldn't be too busy mounting random things! I was so happy with him.

Levi is just perfect. It's like I dreamt him up and he appeared in real life and even better that in my dreams. He's just the kind of rabbit who will demand your attention without being annoying, just stare at you with those shiny black eyes. He's as loyal as a dog and as elegant as a cat. He will sit there and groom himself to perfection!

He will always greet me with so much excitement when I come back home. He makes me feel loved. I could never ask for a better rabbit.