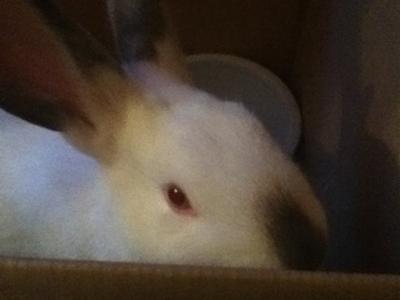 Nugget the day I got him(:

When I first got my rabbit, Nugget, he had brown ears and a brown nose. It was a light brown and then later on, about a month later, it started getting really dark brown, and his paws started changing and so did his tail. He has red eyes and the rest of himself is pure white.

Now, about five months after having him, he's starting to get brown "eyebrows" on his face, his brown nose is basically taking over his face, and his paws are really dark. I also bred my mom's rabbit with him and they had a baby that looks exactly like himself! It's a miniature version of my Nugget and he's just adorable! :)

Join in and write your own page! It's easy to do. How? Simply click here to return to Types of Rabbits.